A four jaw chuck has independently adjustable jaws. It can be used to center parts that are not round. All jaws are adjusted according to part and the part is verified to be on center.

A chuck is a specialized type of clamp used to hold an object, usually an object with especially a  object. It is most commonly used to hold a rotating tool (such as the in a or a rotating workpiece (such as the bar or blank in the headstock spinle of a lathe). Some chucks can also hold irregularly shaped objects (ones that lack radial symmetry). In some applications, the tool or workpiece being held by the chuck remains stationary while another tool or workpiece rotates (for example, a drill bit in the tailstock spindle of a lathe, or a round workpiece being

A spider is a simple, relatively inexpensive, limited-capability version of an independent-jaw chuck. It typically consists of a ring of metal with screw threads tapped radially into it, in which screws (hex cap, socket hex cap, or set screws) serve as independent jaws.

Advantages of a 4-jaw:

It also known as independent Jaw Chuck, It is useful to hold Square type job.

We are here to help you 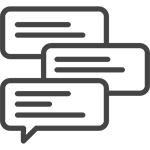 A: Dog chuck is also called an independent chuck.

Q2:How is the dog chuck operated?

A: Dog chuck is a manual head-operated chuck.

Q3:How many jaws are there in a dog chuck?

A: Dog chuck has 4 jaws and they are independent.

Q4:Dog chuck is used in which machine?

A: Dog chuck is used in lathe machines.

Q5:What is the size of the dog chuck?

A: Size of the dog chuck from 6 inches to 30 inches is available in regular.

Q6:How many slots are in dog chuck?

Q7:What is the difference between a single slot and a double slot in a dog chuck?

Q8:What material is a dog chuck made of?

A: Dog chuck body is made from alloyed high-strength cast iron.

A: Packing of dog chuck in a carton box and wooden box.

Q10:In how many days do dog chuck dispatch after payment?

A: Dog chuck is dispatched within 2 days after payment is done.

Q11:What to do if the dog chuck doesn’t work properly?

A: If dog chuck doesn’t work well then you can return us within 7 days.

Q12:Why should anyone buy a chuck from Banka Machine?

A: Any chuck should be bought from Banka Machine because Banka checks all the chucks and gives them to you after buying them from the right manufacturer.

BANKA is a leading and one of the oldest Indian company in machine tool manufacturing with an impressive line-up of accurate and rigid Lathe Machines, Drilling Machines, Hacksaw Machines, Power Press Machines and High Precision Grinding Machines

Save money by booking your machine in advance

(Minimum time period: 13 months or more before your desired time of delivery with full advance payment)

WhatsApp us for more information

Get in touch with us

Get A Callback From Us!